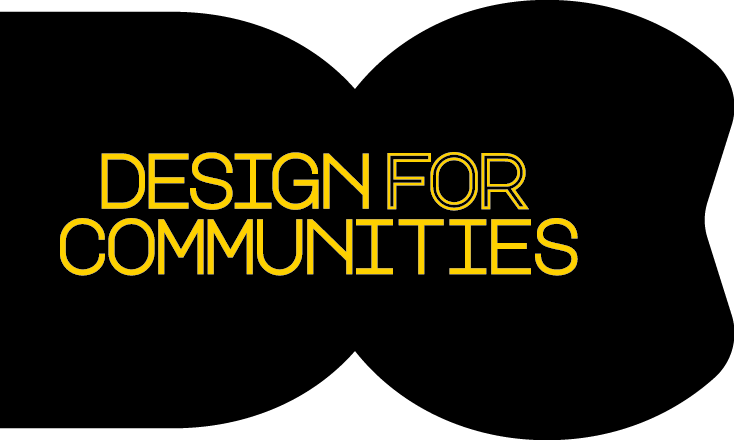 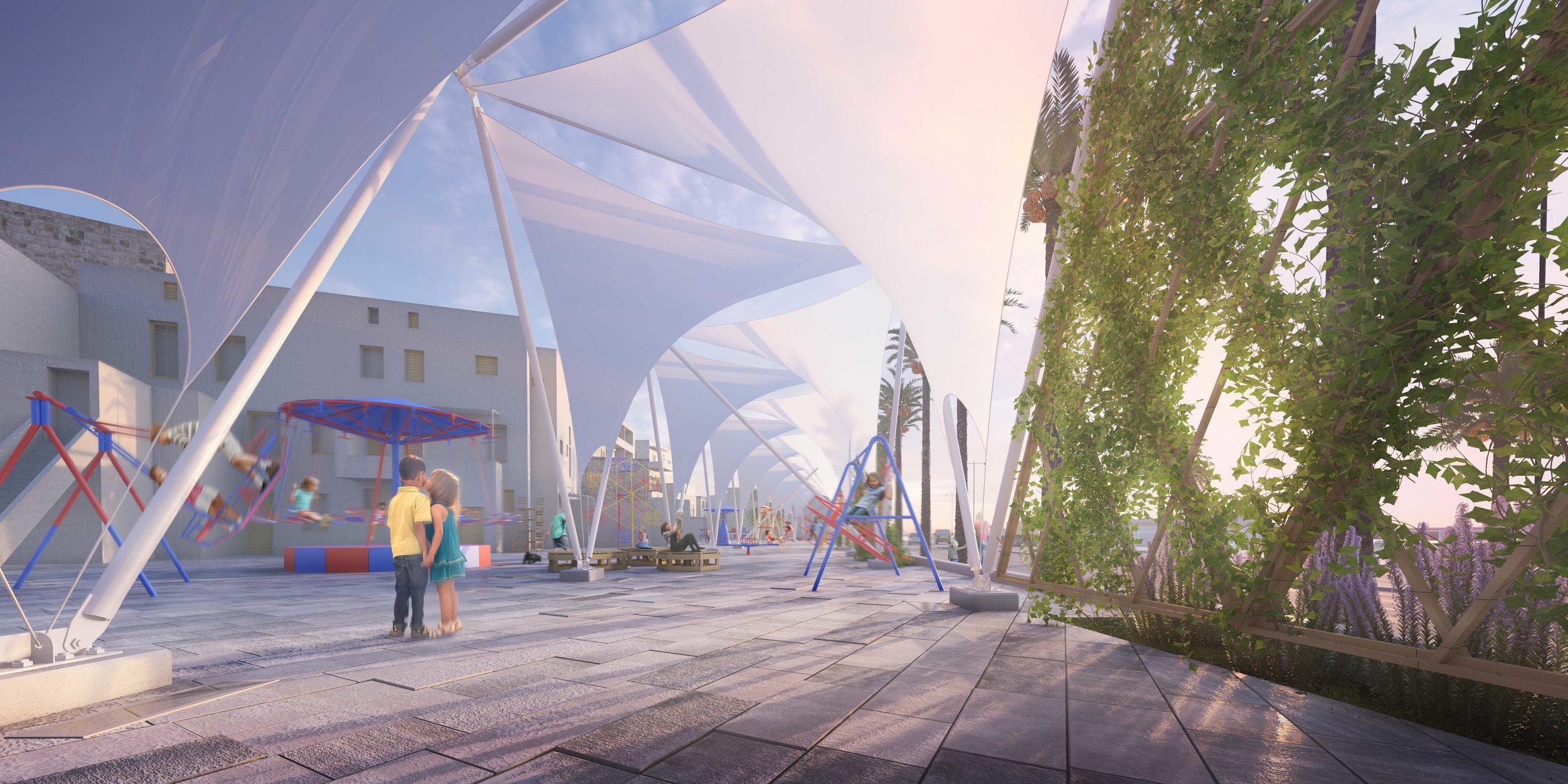 As one of the oldest continually inhabited cities in the world, Sidon has an exceptionally rich and layered history. What was once a bustling Phoenician port city is now an internationally acclaimed historic center for trade and commerce. The Ottoman-era Souks welcome thousands of visitors each year, with rehabilitation projects contributing to the longevity of some of the city’s oldest landmarks. Khan el Franj and the Old Sea Fort most notably define the extremities of the historic city which is otherwise turned inwards for protection behind the city walls. With the old city having largely fallen into disrepair following exchanges in power and force during the world wars, the local community of craftsmen and migrant workers has since struggled to maintain the significance of some its most important sites and traditions. Bahr el Eid is one such site. Traditionally used as festival grounds by the local community, the site originally stretched from the Khan down to the sea shore. Although cherished in the memories of some of Sidon’s oldest living generations, the site has since fallen into disrepair. Presently bound by the development of the coastal highway, Bahr el Eid now exists as a car park in the shadows of the Khan. Revived only during the annual Eid celebrations, the site has become overwhelmed by vehicular traffic and unmanaged waste. However, recent efforts by local NGOs to rehabilitate the waterfront have renewed interest in the site and its potential in reviving activity along the coast. To aid in the rehabilitation of such a historically and culturally significant site, DI-Lab teamed up with Saida Observatory to design the Bahr el Eid Revival Project.

Work started with design students from the American University of Beirut thoroughly researching the historical significance of the site and surrounding area. By teaming up with local experts and community members, students were able to piece together a comprehensive archive of photos and maps that successfully reflected memory and experiences in Bahr el Eid across generations. Respect of the site’s history and knowledge of its significance to the local community proved imperative in securing the team’s credibility and support for the project within the local community. This historical research was conducted in tandem with the surveying of contemporary site conditions. The site’s conversion into a car park for most of the year has allowed Bahr el Eid to fall largely into disrepair. However, local craftsmen and migrant workers continue to benefit from the prime location of the site and successfully create and sell their wares in the site’s vicinity. In an effort to minimize any unfavorable displacement of local activity, the DI-Lab team worked closely with the locals to reconcile the informality of such a large workforce with its proposal for the revival project.

This relied on emphasizing the protentional of the site itself, and the ability of the revival project to merge with existing activity and commerce. Mapping out existing site conditions was key to maintaining this sensitivity. Bahr el Eid currently exists on an extremely slim plot of land, measuring just four meters at its shortest edge and 12 meters at its longest. However, it spans the length of the Khan and occupies nearly 86 meters of coastal frontage. With the potential to unify the disjointed informality of buildings along the waterfront, the DI-Lab team experimented with both the form and function of the project to create a single, unifying gesture along Sidon’s most historic district. Through drawings and physically modeled design explorations, students were ultimately able to design a safe, interactive strip of space for use by local youth all year round. With cost efficiency integral to all stakeholders, modularity became central to the design. Triangulation allowed the proposed structure to efficiently span the expanse of the site while minimizing the material necessary to do so. The structure is achieved through the use of six-meter-long steel members which are fixed above in threes by custom steel joints. The slenderness and durability of the steel members were ideal for the design that had to be as lightweight and minimally invasive as possible.

The shading was also achieved with similar parameters in mind. Designed to accommodate tensile material, the structure ultimately took shape as a safe, shaded buffer zoon between the traffic-heavy highway and the historic district. Both exceptionally durable and weatherproof, tensile material allows the site to function during all seasons and in a variety of ways. Secured at two high points and a single low point, the tensile structure is modeled to efficiently provide shading with minimal use of material. Spatial limitations encouraged the DI-Lab team to minimize any physical intervention on the site itself. By freeing up the expanse of the site, the intervention facilitates a variety of programmatic functions. With the tensile material anchored to the structure itself, the space beneath is free to once again function as a festival grounds while accommodating public leisure and communal recreation during the rest of the year.

Designed specifically with the community in mind, the project not only revives the site, but the commercial and recreational activity that has come to define life around it. Through participatory research and design, both vendors and youth will once again benefit from the free space during annual Eid celebrations and beyond. By reworking the waterfront through the implementation of this unified gesture along the historic district, the Bahr el Eid revival project also helps rehabilitate a long since neglected stretch of the coast in favor of both the community and tourism. Through the opportunity to once again play, learn, and relax in one of Sidon’s most cherished sites, the Bahr el Eid Revival Project creates a safe space for leisure in the heart of the city. Respectful of the past, yet with eyes firmly set on the future, DI-Lab proves that research, design, and structural innovation can be brought together in service of the development of some of Lebanon’s oldest communities. 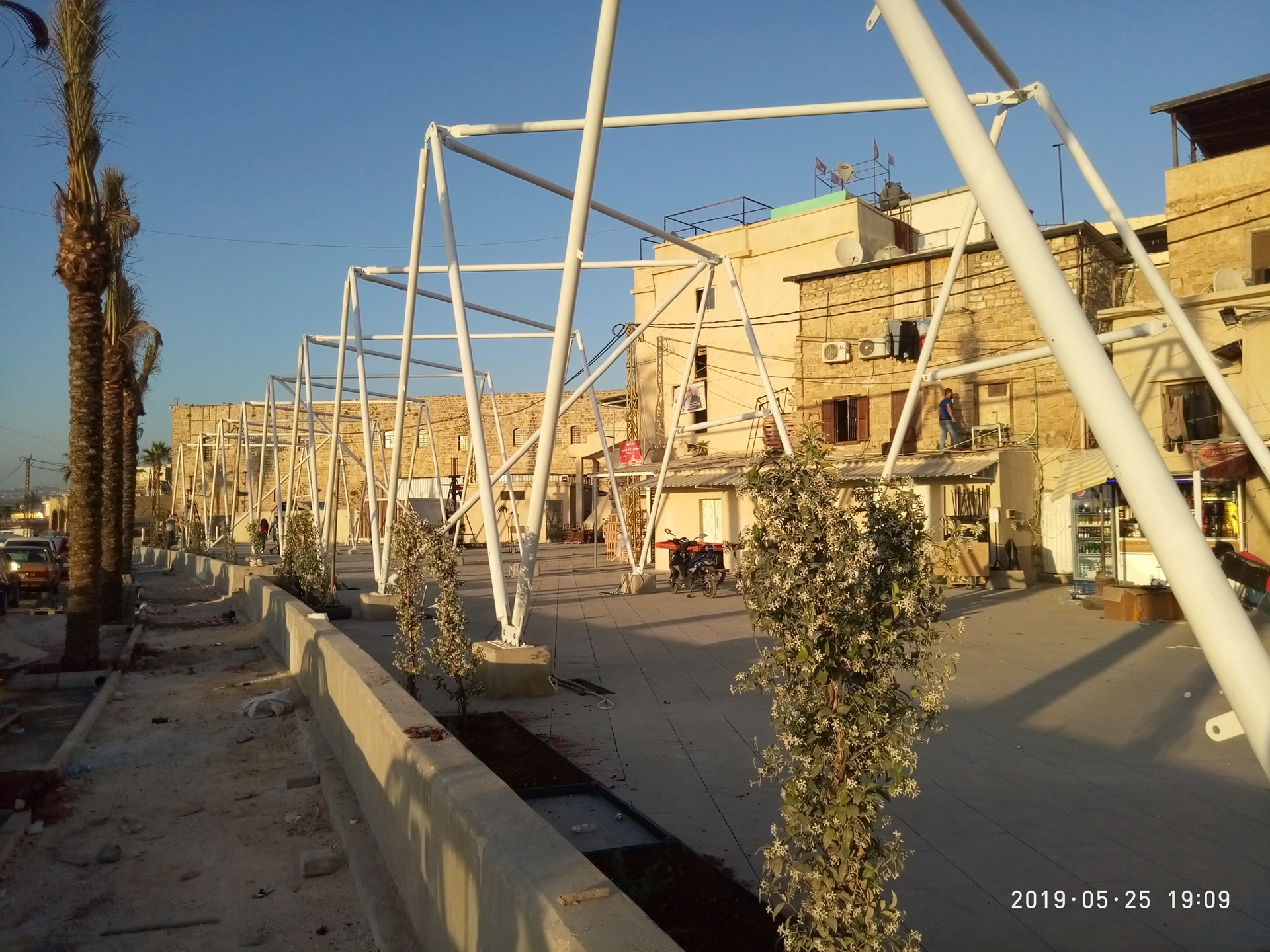 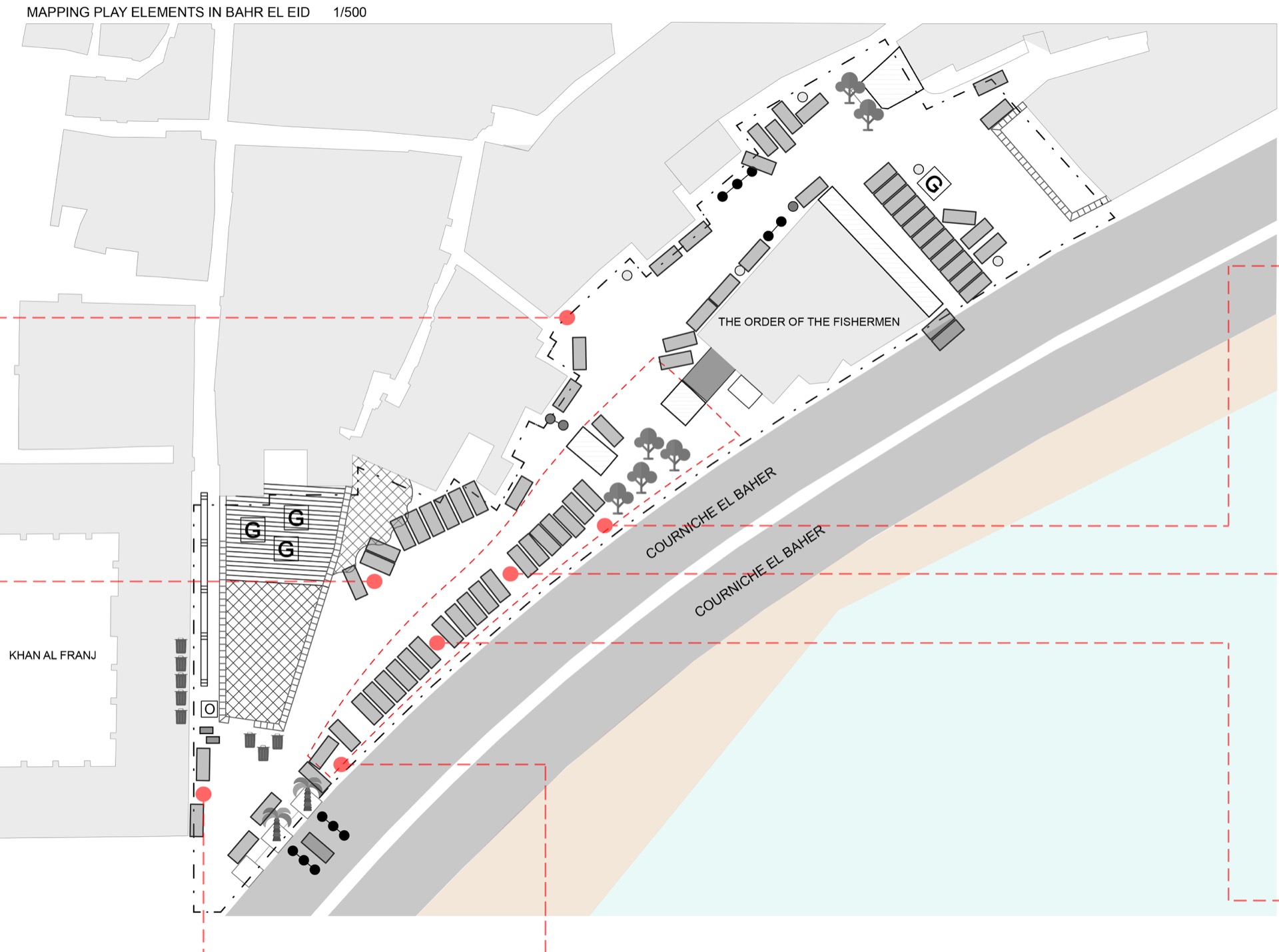 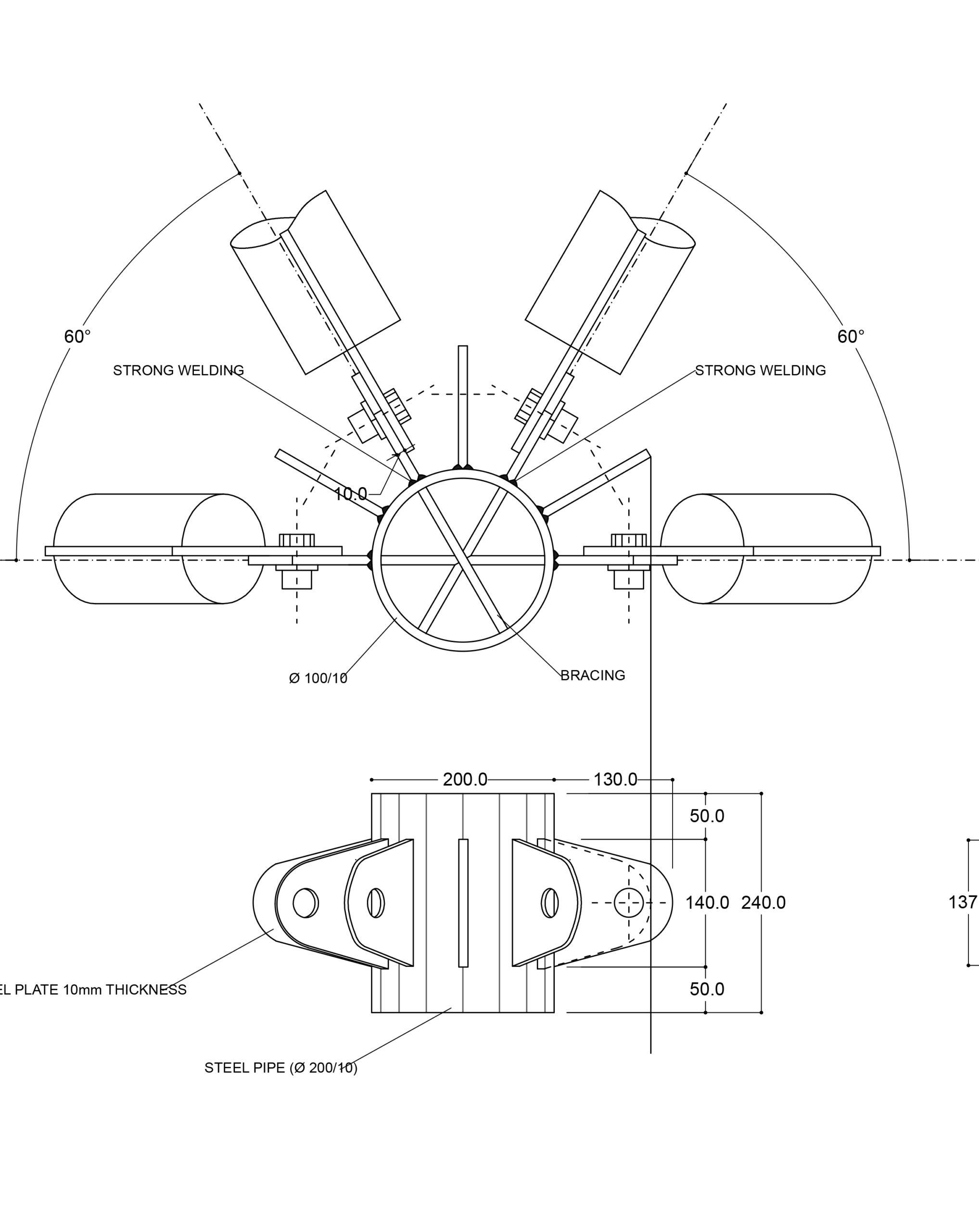 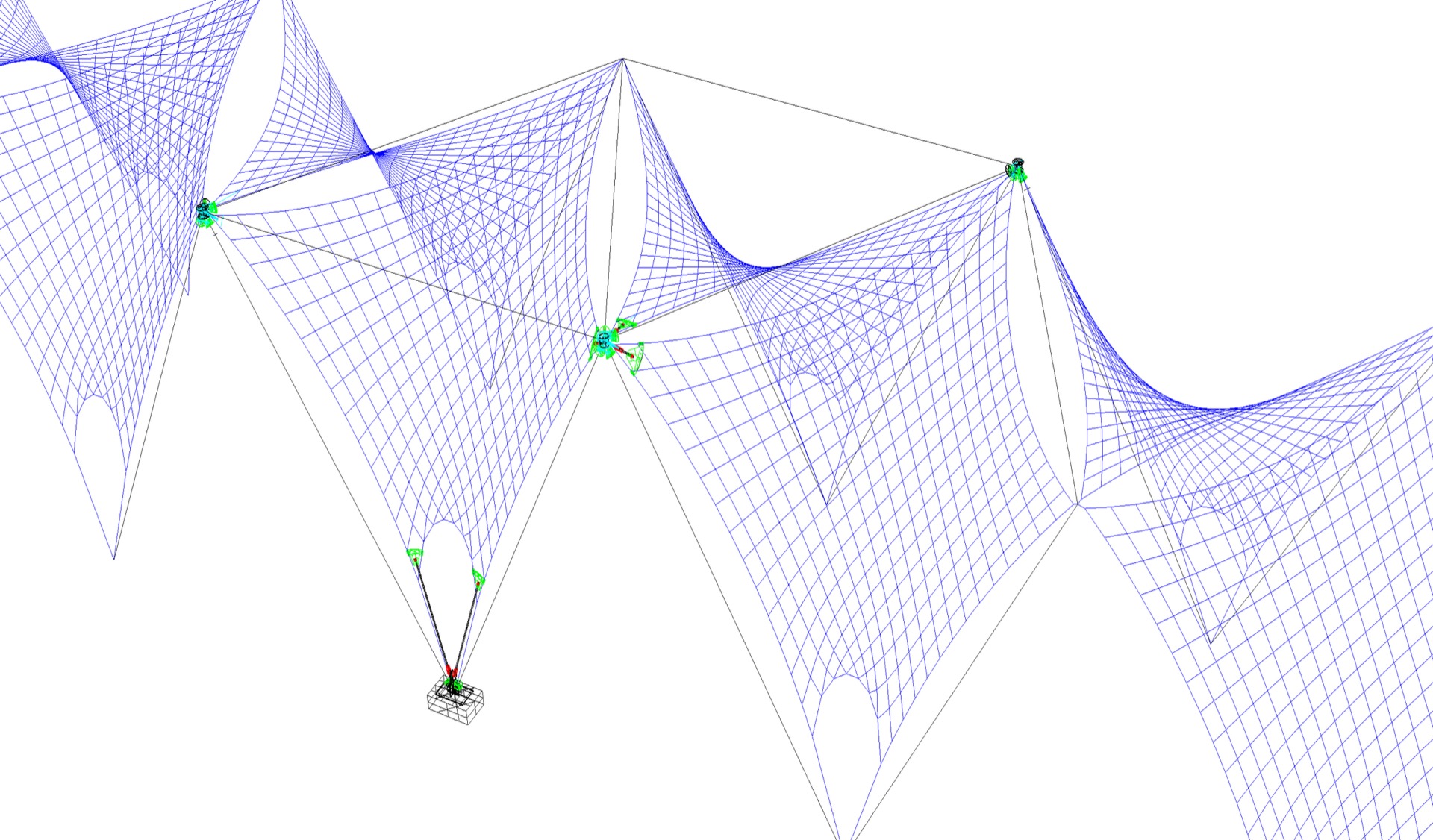